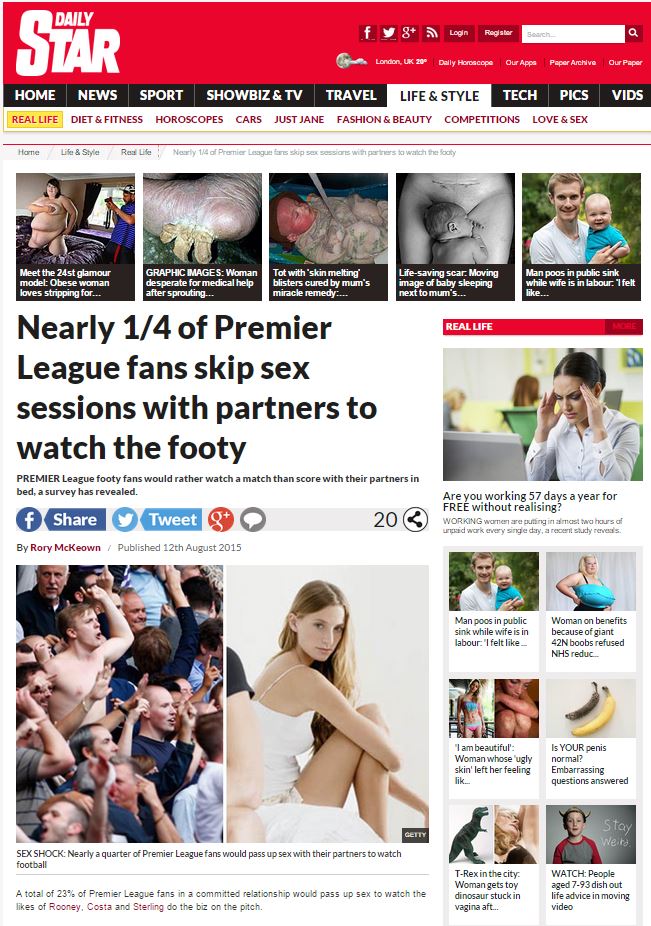 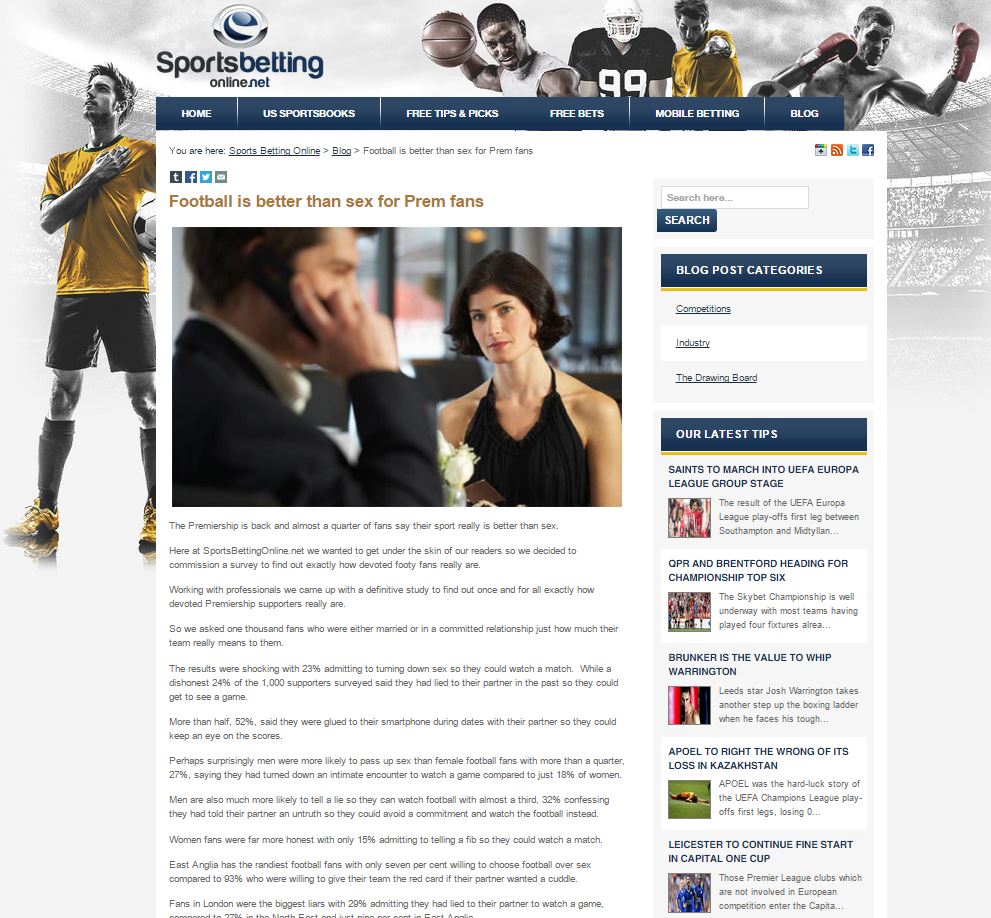 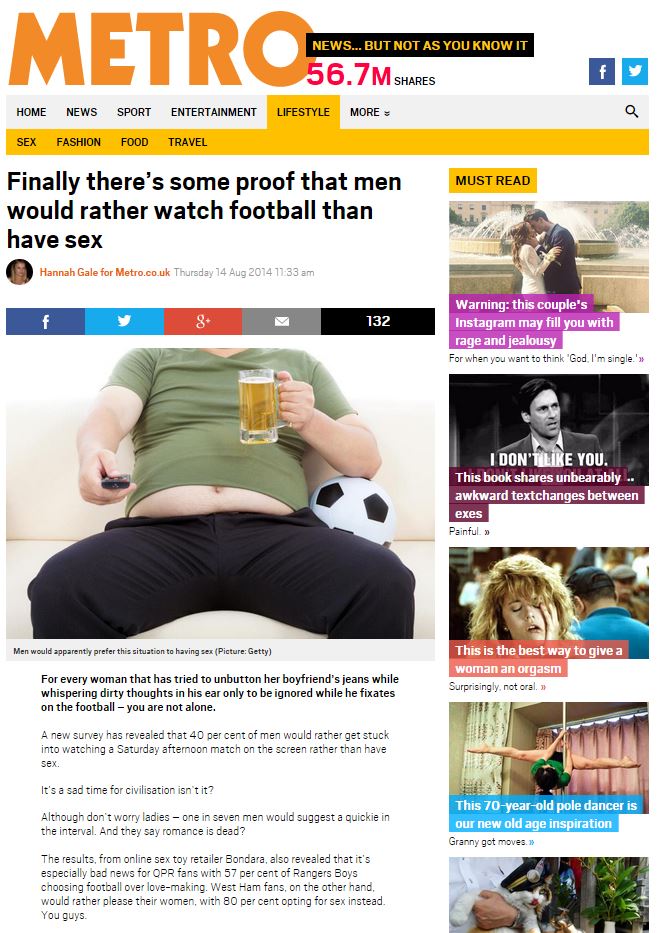 Does having a TV in your bedroom lead to more sex?

Those of you that spend your precious post-work hours in bed watching Game Of Thrones, give yourself a pat on the back, because it’s you lucky chaps that are getting more sex. Hurrah!

According to a new survey, couples who have a television set in their bedroom have sex twice a week, compared to those who don’t, who only engage in love-making *snigger* once a week.

Well, it’s hard to have spontaneous sex while you’re sitting in separate armchairs, balancing a cup of tea and some HobNobs isn’t it? Want to spice up your love life? Get a TV in your bedroom! People with a telly in the boudoir have TWICE as much sex (what ARE they watching?)

Having a TV in your bedroom may damage your sleep cycle – but it could also spice up your sex life, if the latest research is to be believed.
Those with a TV in their bedroom have sex, on average, twice as much as those who don’t, according to a new poll.

Initially all respondents were asked ‘Do you have a TV in your bedroom?’ to which three quarters, 74 per cent, of the people taking part said ‘yes’. In the world of tabloids and cheap PR, there’s no shortage of companies and products promising you a better sex live. There are plenty of examples listed on this very website, no less.

Who is it this time pressing the big red button labelled SEX?

A spokesperson for VoucherCodesPro.co.uk, who commissioned the research, said: ‘We’re a little surprised that Britons who have a TV in their bedroom have a more active sex life than those who don’t, but it makes more sense when you look at the possible reasons why.

Oh really, discount voucher website? You believe this is genuine research, then? And definitely not about convincing people to take advantage of your discount deals on televisions?

‘However, we’d suggest that if they were wondering how to improve their sex lives, they could do so simply by purchasing a TV for their bedroom.

‘Technology is becoming such a pivotal part of everyday life and it’s becoming much more common to have a TV in your bedroom than to not.

I thought as much.