Hidden dangers of Times Square, Notre Dame Cathedral and Disneyland Park: Infographic reveals tourist spots where your mobile phone is most likely to be hacked

They’re among the most popular tourist spots on the planet – but a new infographic has revealed their hidden dangers.

Times Square in New York, Notre Dame Cathedral in Paris and Disneyland Park in France have been named as the three attractions where mobile phones are most likely to be attacked. 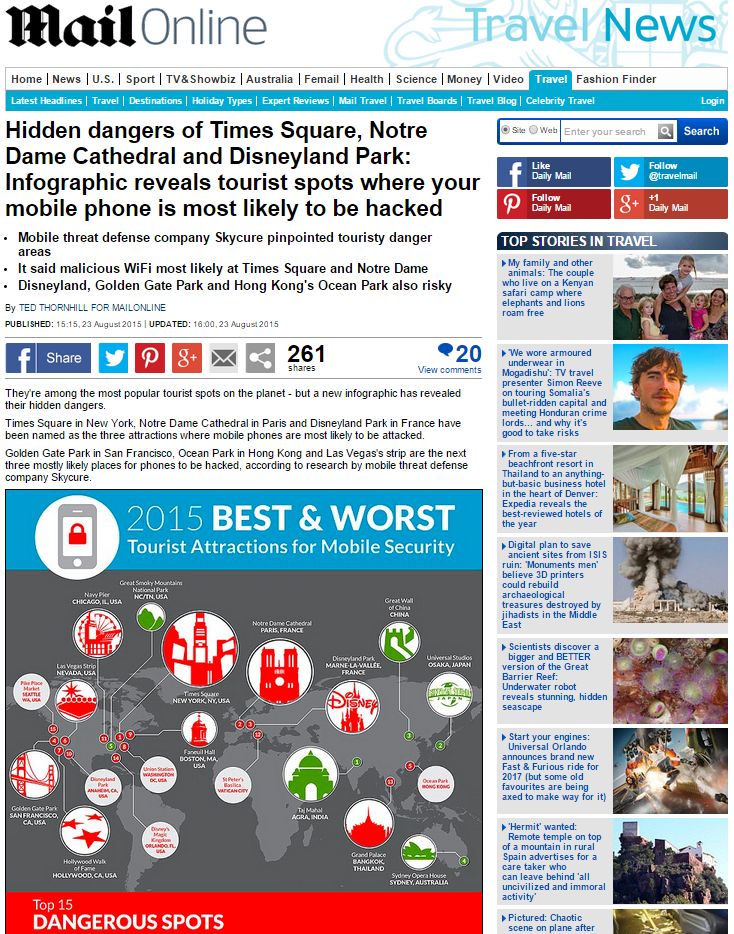 Hacking and data theft is a genuine fear right now, as married Sony executive sending explicit photos of himself via iCloud to the woman he met on Ashley Madison will tell you. That guy is really not having a good year. Still, who’d have thought that simply walking through a tourist hotspot could be the deathknell to your digital privacy? Well…

Golden Gate Park in San Francisco, Ocean Park in Hong Kong and Las Vegas’s strip are the next three mostly likely places for phones to be hacked, according to research by mobile threat defense company Skycure.

While I’m sure a mobile threat defense company is probably well placed to explain the threats your mobile faces, there’s more than a slight whiff of conflict of interest here – after all, those mobile defense software packages don’t sell themselves, right?

That said, looking below the fold it looks like plenty of Mail Online readers were less than convinced: