MORE than half of Brits will turn down free money, a survey has found.

And Londoners are the quickest to pass up the opportunity of taking easy cash.

According to new research carried out in London, Brighton and Manchester, women were more likely to pocket the notes than men and older Brits. 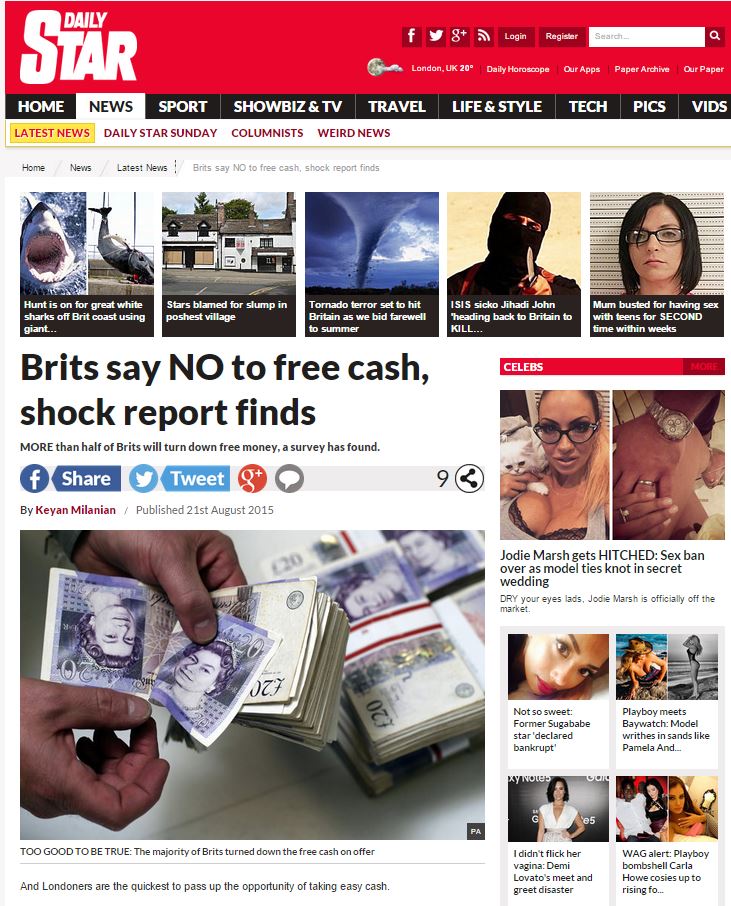 Even in an age of austerity, people are turning down free money? Truly an astonishing finding, if true, and worthy of the coverage it received in The Daily Star, The Evening Standard and Mancunian Matters. In fact, the Evening Standard picked up on the local angle, highlighting that Londoners in particular are most likely to turn down free cash:

London may be one of the most expensive cities in the world, but many workers in the capital have been quick to turn down free money offered to them by a stranger.

As part of a social experiment, Londoners were offered up to £50 with no strings attached by a person in the street.

But despite the high costs of living in the capital, only three out of ten people approached took up the generous offer.

So who can we thank for this vital ‘social experiment’ and this important piece of sociological research?

The experiment was conducted by TopCashback to highlight that some things, such as free money, are not too good to be true.

That would be TopCashback, the cashback website. In case their particular angle on this piece of PR weren’t abundantly clear, their spokesperson ties up the edges neatly for us:

Natasha Rachel Smith, global head of communications at TopCashback.co.uk, said: “Unsurprisingly, the majority of the public were sceptical of the offer but those whom didn’t turn their back walked away with some extra money in their pocket with no strings attached – much like the gains you make when using TopCashback.co.uk.”

Perhaps the public’s skepticism is well-placed, when cheap advertising is passed off as sociological research. 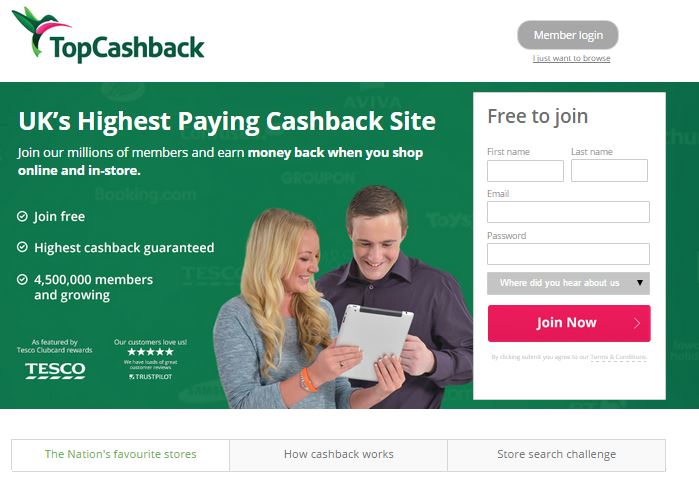